Beetroot for Freediving Training and Performance

We all know that eating fruit and vegetables is good for us, but now there’s a growing body of scientific evidence that shows that drinking the juice from beetroot for freediving will give you the competitive edge and allow you to go for longer on just one breath.

Why use beetroot for freediving?

It’s not as simple as just starting to incorporate beetroot into your daily diet. You can’t eat a beetroot salad and then expect to smash your personal best. The key is in the nitrates that are found in beetroot. Nitrates in the beetroot juice interact with enzymes in saliva to generate nitric oxide (NO) in the blood system. NO is a vasodilator (widening of blood vessels) that can increase the flow of blood and oxygen to the muscles, thereby boosting strength and endurance.

Nitric oxide also reduces lactic acid build up which is perfect for freedivers, as this is what causes such a burn at the end of a long dive or swim.

However, it’s a lot of nitrates you’d need to consume (around 400mg), and so to save you having to juice and consume litres of beetroot juice, a company called Beet It have come up with small ‘shots’ of concentrated juice designed to quickly give the body enough beetroot for freediving to make a difference to your performance. 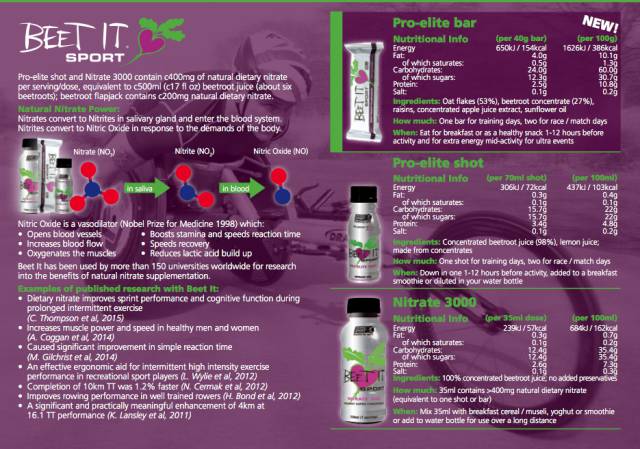 So where’s the science?

The company who makes Beet It Sport shots are so sure of their product that they even manufacture shots that look and taste identical to the real thing but which have had the nitrates removed.

2012 study into using beetroot for freediving

The first study is entitled:

The study showed that freedivers had an 11% increase in their static apnea times after taking the beetroot shots:

After acute dietary NO3 supplementation in trained apneic divers, we found an 11% increase in maximal apneic duration compared to placebo. Sub-maximal apneas of the same duration as in placebo trials resulted in less arterial desaturation after NO3 rich BR ingestion, suggesting reduced O2 consumption being the likely 412 cause of the prolonged maximal apneas. The unaffected diving bradycardia during sub-maximal apneas indicates that NO3  supplementation does not affect the cardiovascular diving response. We conclude that dietary NO3 supplementation might be a means to enhance apneic performance by reducing metabolic costs for apnea athletes.

The results suggest that acute dietary NO3  supplementation may increase apneic duration by reducing metabolic costs. 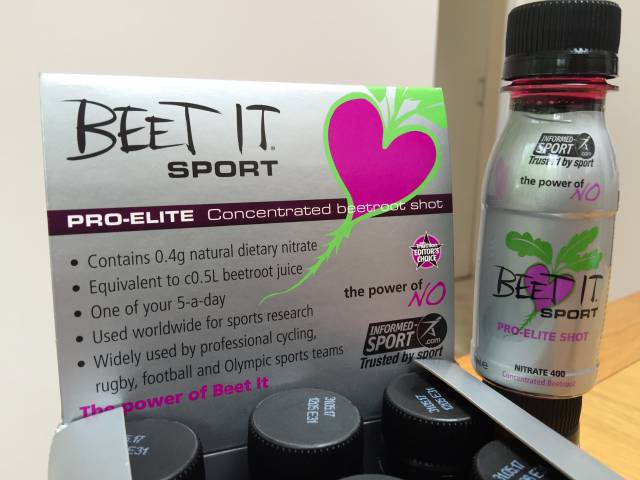 2016 study into using beetroot for freediving

The second study (by one of the same authors as the earlier one) looked at the effect on beetroot for freediving during dynamic apnea:

Breath-hold divers train to minimize their oxygen consumption to improve their apneic performance. Dietary nitrate has been shown to reduce the oxygen cost in a variety of situations, and our aim was to study its effect on arterial oxygen saturation (SaO2) after dynamic apnea (DYN) performance. Fourteen healthy male apnea divers (aged 33 ± 11 years) received either 70 mL of concentrated nitrate-rich beetroot juice (BR) or placebo (PL) on different days. At 2.5 h after ingesting the juice, they were asked to perform 2 × 75 m DYN dives in a pool with 4.5-min recovery between dives. Each dive started after 2-min countdown and without any warm-up apneas, hyperventilation, or lung packing. SaO2and heart rate were measured via pulse oximetry for 90 s before and after each dive. Mean SaO2 nadir values after the dives were 83.4 ± 10.8% with BR and 78.3 ± 11.0% with PL (P < 0.05). At 20-s post-dive, mean SaO2 was 86.3 ± 10.6% with BR and 79.4 ± 10.2% with PL (P < 0.05).

In conclusion, BR juice was found to elevate SaO2 after 75-m DYN. These results suggest an oxygen conserving effect of dietary nitrate supplementation, which likely has a positive effect on maximal apnea performance.

Read more about the study by clicking here

Let’s just say they are an acquired taste! They are very strongly flavoured and quite viscous, and certainly taste of beetroot. You can either just drink the shot in a couple of gulps, or you can mix it with other drinks or smoothies to try and disguise the taste.

Beet it also sell an oat based bar, each containing 400mg of dietary nitrate, and these can be more palatable for freedivers, especially if they’re after a bit of easily digested energy before a dive 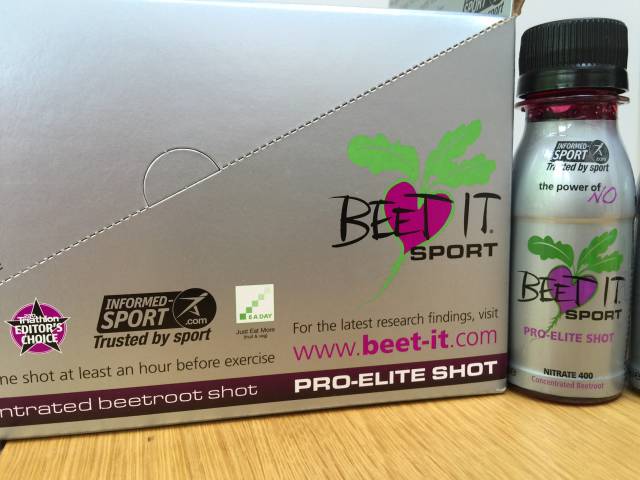 Go Freediving is sponsoring one of our own, Carl Atkinson as he prepares to represent his country at the Freediving World Championships this September. We’ve given him four cases of shots to see how they affect his training and eagerly await his feedback. 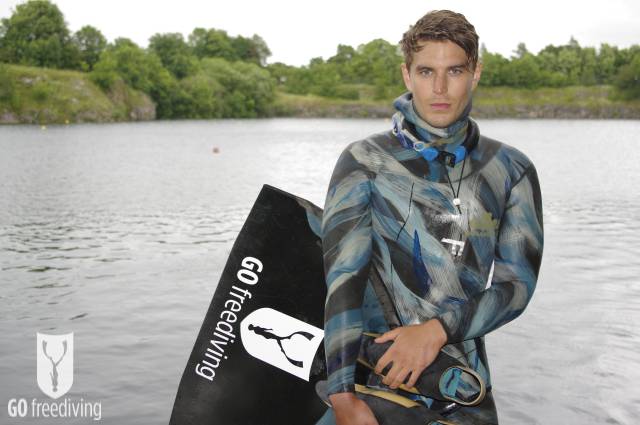 Where can I buy Beet It Sport shots?

We sell them direct at our courses and club weekends. Just email emma@gofreediving.co.uk if you would like to try them or buy a case.

Keep in touch by subscribing to our mailing list for weekly newsletters with exclusive articles, news, films, offers and more!