Bristol Blue Freediving Competition – How did we do?

The Bristol Blue Freediving Competition 2018 was last week. We sent not one, but two Go Freediving teams! So what happened?

Before the Bristol Blue Freediving Competition

Well like any good competition, it all starts with preparation – and the members of our Poole Freediving Club have been doing just that. They have been training in and out of the pool for weeks in preparation for the first ever Bristol Blue Team competition. There were individual events but the emphasis of this particular competition was ‘team’ as a way of encouraging newer participants of the sport to feel encouraged to join in. The teams were expected to have at least one ‘newbie’, someone who had never entered a freediving competition before and was new to freediving. The team spirit and encouragement in the build up to the competition has been awesome! 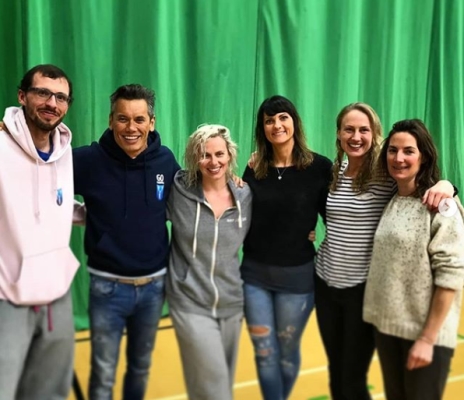 We had so many keen participants our Poole club we had not one, but two teams! The Bream Team (love it!) and the Neoprene Numpties (love it just as much!!).

The Bream Team members were Liz Coulson, Nic Wood and Delphine Brise – so this team had two newbies as Delphine has only done one competition. 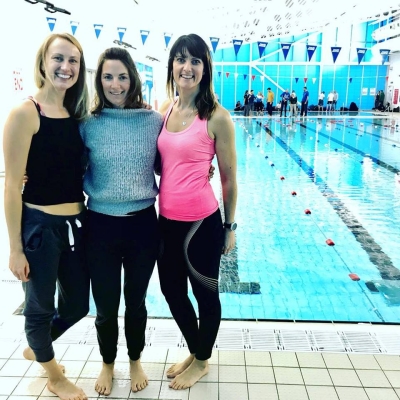 The Neoprene Numpties were Go Freediving Instructors Tom and David alongside Zoe Norquoy who has only just completed her RAID freediver course with us but is super keen!

The Format of the Bristol Blue Freediving Competition 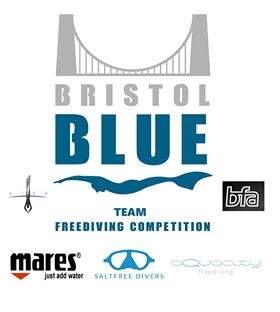 The competition was hosted by Bristol Freedivers and took place on ​Saturday 27th October at Henbury Leisure Centre, Bristol. This was the format:

Each team consisted of 3 athletes who completed 2 performances in different disciplines. Each of the 3 pool disciplines (STA, DNF, DYN) had to be performed by 2 athletes from each team. Therefore, the teams and disciplines entered was set up like this:

Athlete A: Static (STA) and Dynamic No Fins (DNF)

The sessions were as follows:

The Day of the Bristol Blue Freediving Competition 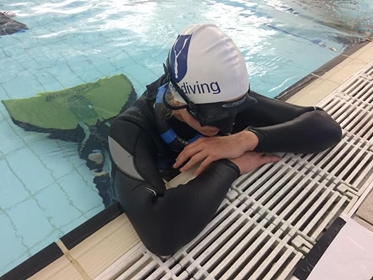 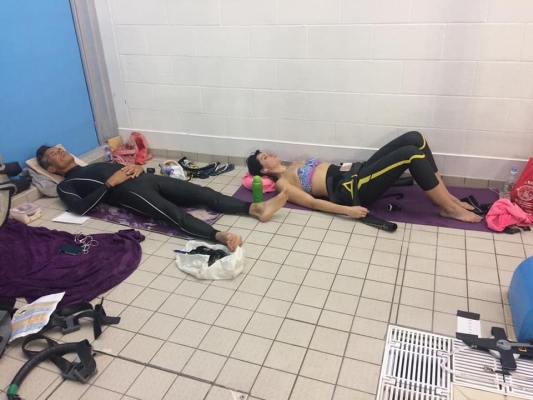 Intense preparation before the competition… 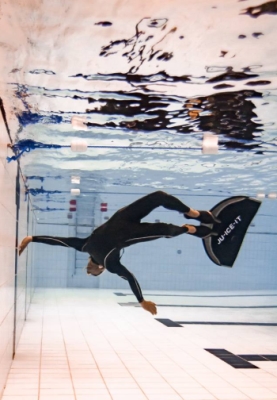 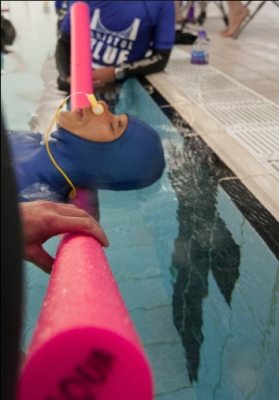 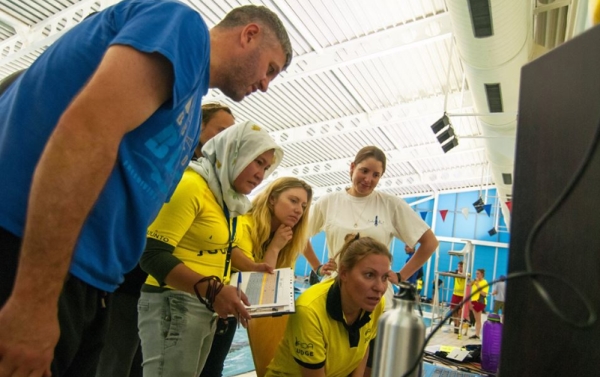 The judges and organisers confer… 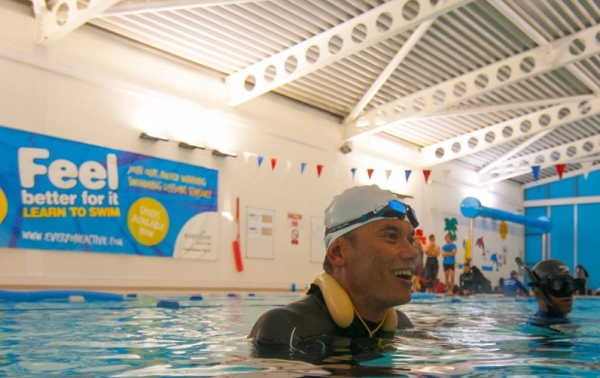 A very happy David Mellor after his awesome DYN performance! 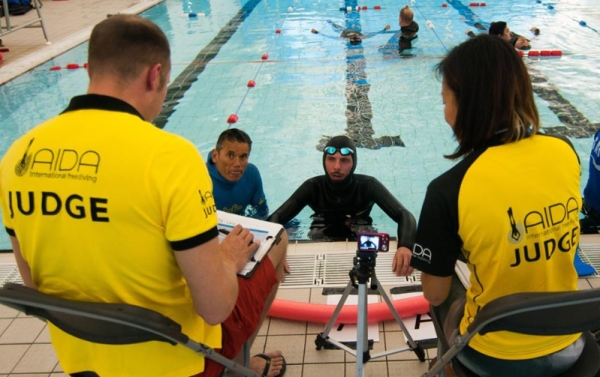 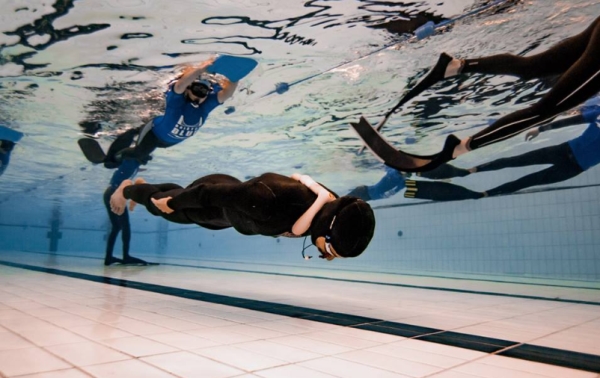 A perfectly weighted Tom Elliott on his DNF dive

The competition was a day of awesome performances as well as 25 recorded new PB’s reached!! Our very own Liz Coulson achieved a new PB of 79m on DNF!! Congratulations Liz!!! 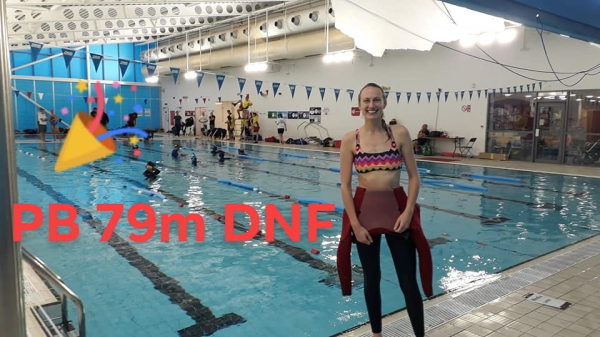 Also, our very own Nic Wood won Best Newbie Award!! How fab is that? 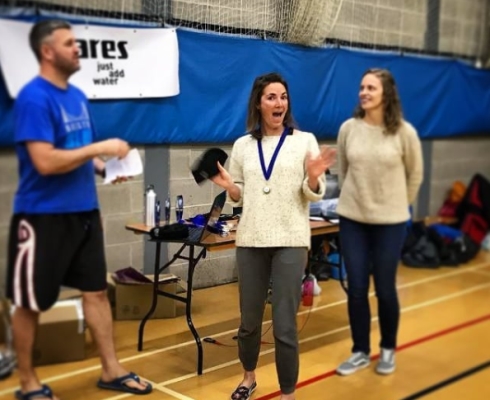 But it doesn’t end there!!!

The Neoprene Numpties grabbed third place!!! Congratulations to David, Tom and Zoe! Not only did they get their well deserved medals, but they each won a Mares hat and a noseclip! 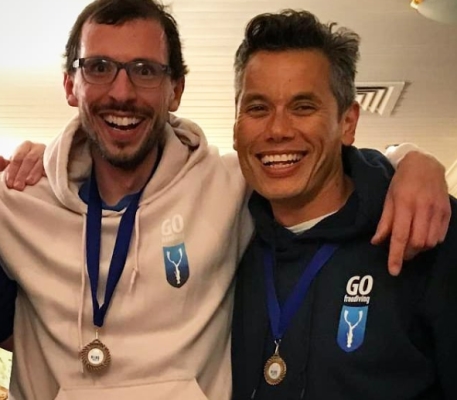 Second place went to The Blue Rebels and the Bluewater Freediving team took the top spot.

Our Bream Team came in a very respectable 5th place, too – and I’m sure this won’t be their last Bristol Blue freediving competition either! 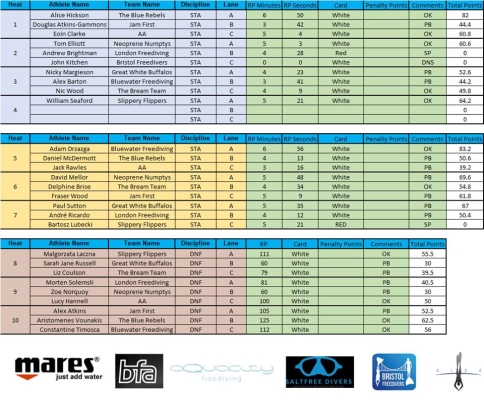 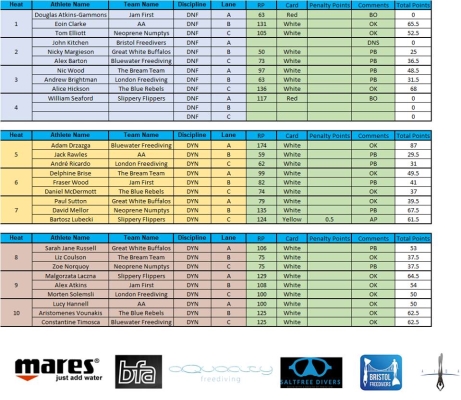 What Liz thought of her first experience of a freediving competition:

First ever freediving competition and I’m hooked!! Such an amazing day……. and The Bream Team came 5th!

the best team mates & coach ever, the most chilled out competition vibes (I love a sport where snoozing beforehand is actively encouraged), the friendliest people all wanting everyone to do well and amazingly run by the Bristol Blue Freediving Club. Thanks guys for a bloomin good day out x

The next Bristol Blue Freediving competition is set for 9th and 10th March 2019 which organiser’s promise will be the biggest and best yet. Are you up for the challenge? Watch out for more competition training at our club night sessions in 2019!