British Astronaut Tim Peake is the latest high profile and well loved figure to join Blue Abyss. Tim has worked previously with  Blue Abyss’ Professor Simon Evetts at the European Space Agency (ESA). He already has a substantial comprehension of the scale and  potential of Blue Abyss and is delighted to be able to invest his time and expertise into the project by  joining the Blue Abyss team as an Advisory Board member, having taken a sabbatical from the ESA.

Who is Tim Peake?

Tim Peake is a British born astronaut. He is well known (and well loved) not only for his space achievements, but also for his commitment to education in schools. Here are just some of his achievements:

What Will Tim Peake Bring To Blue Abyss?

Tim Peake’s role will be to offer specialist guidance to Blue Abyss as they work towards providing a unique environment in which we can prepare for space exploration and travel. This will also include the interaction between humans and robotics.

Tim will also be hugely involved in the advancement of STEM education – the study of the four specific disciplines — Science, Technology, Engineering and Mathematics for our future scientists, engineers and explorers.

Tim is not the first astronaut to join the project. Blue Abyss already has a strong pedigree of space pioneers and experts including former NASA astronaut, Scott Parazynski and former Romanian cosmonaut, Dumitru-Dorin Prunariu on it’s team.

“…Exploration is in our DNA. Whether venturing to the depths of our oceans or the far reaches of space, we are always pushing the frontiers of human knowledge and understanding. I’m delighted to join the team at Blue Abyss and be involved in such an exciting, innovative and relevant project…” 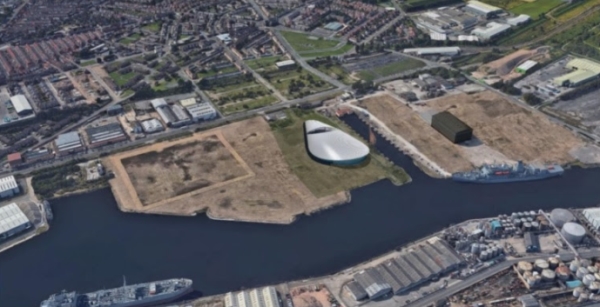 What Does Blue Abyss Say About Tim Joining The Team?

“We stand on the brink of a new era of space exploration. We’re transitioning from ‘what’ goes into space to ‘who’ goes. Whether you’re a scientist, an explorer or a tourist, preparation is paramount and Tim will help us to design a programme that safely prepares, and educates humans for spaceflight.

We’re so privileged to have Tim on the team and his support means a great deal to us. We’ve worked relentlessly over the last few years to get Blue Abyss ready and we are close to finalizing the first construction phase now. What we’re doing is so relevant today, here on earth in our oceans, as well as our aspirations for space and will impact humankind long into the future. Tim will help us turn this aspiration into reality,”

For the next two years, Tim will continue to support ESA as well as working with the United
Kingdom Space Agency (UKSA) on their education and outreach programme and continuing
his role as a Science, Technology, Engineering and Mathematics (STEM) ambassador for
the UK.

Tim will start his role in January 2020.