Who doesn’t want to be a mermaid? Freediving with a monofin is pretty much the closest thing we’re going to get to being a mythical creature, however you can indulge your mermaid fantasies at the movies and we’ve put together the definitive list of the Top Ten Mermaid Films for you.

How does a film get into the Top Ten Mermaid Films List?

To be eligible the films needed to be about mermaids – not water nymphs (so out went Lady in the Water by M. Night Shyamalan) and the mermaids needed to be a central character – so that eliminated Peter Pan, The Pirates of the Carribean, Hook, Harry Potter and a host of other films.

We think that these top ten mermaid films cover all genres from animation and comedy through to horror and fantasy. And so, without further ado – and in (kind of ) no particular order – here they are:

So starting off our top ten mermaid films is Fishtales, described by one reviewer at the Cannes film festival as “The worst thing I’ve seen this year, possibly ever. I stayed as long as I could without crying with boredom. We followed the crowds and snuck out the door.”

The film was directed by Alki David and released in 2007, billed as a family comedy.  The budget for the film was 10 million dollars, and even though it had poor reviews, box office sales still topped $19,324,345

The actual making of this film, is probably more interesting than the film itself, due to the attention to detail that director Alki David paid to the underwater sequences (bringing in specialist equipment to achieve the results he wanted). This, I’m sure, can be attributed to the fact he is an avid freediving enthusiast.

Synopsis: When a widowed  Professor discovers he is about to lose his job, he gets a final chance to prove his theories about ancient love spells and heads to Greece with Serena, his daughter.

Serena  has her own plans – to find love for her father.  As luck would have it,  Serena meets a beautiful mermaid called Nereid  and decides that she is the perfect match for her father. But, first she must help save Nereid from a local fisherman determined to kill Nereid and take her jeweled tail. 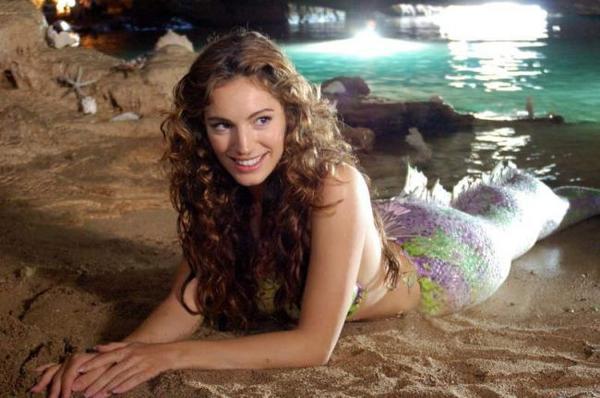 Next up on our Top Ten Mermaid Films list is Mr. Peabody and the Mermaid – a  classic 1948 American fantasy film. The film was based on the novel Peabody’s Mermaid  written by Guy and Constance Jones.  Irving Pichel directed the film and William Powell and Ann Blyth starred in the title roles. The water sequences for the film were shot at the Weeki Wachee Springs in Florida.

Synopsis: Arthur Peabody is having a midlife crisis and decides to go on Caribbean holiday with his wife.

While there, Peabody hears singing coming from a distant island and decides to investigate during a fishing trip. While fishing he captures a mermaid and decides to take her back to his holiday apartment and hide her there. His wife, suspecting him of infidelity, goes home, leaving the police to suspect Peabody of murder. Confusion reigns on!

Watch a clip of the film here

or, watch the whole film here 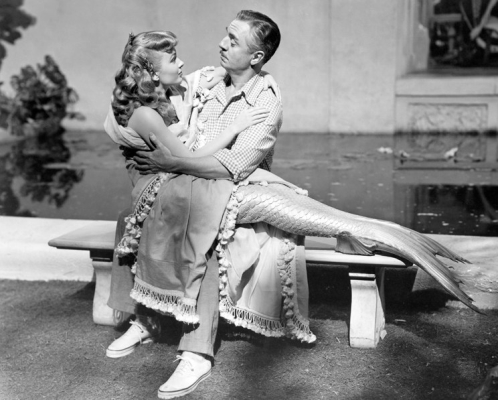 Mr Peabody and the Mermaid

The Thirteenth Year is a comedy-drama Disney Channel Original Movie, directed by Duwayne Dunham and released in 1999. Most of the beach and water scenes were shot in the Newport Beach communities of the Balboa Peninsula and Corona del Mar.

Synopsis: Cody Griffin was adopted as a baby, after his birth mother – a mermaid – left him on a boat when he was a baby to avoid being captured.

After Cody’s 13th birthday, he begins to notice some strange things starting to happen. Jess his school friend, runs various tests and concludes that Cody is turning into a merman. Soon after, his birth mother finds him and the story follows Cody as he discovers his true background and how to deal with the changes to his body. 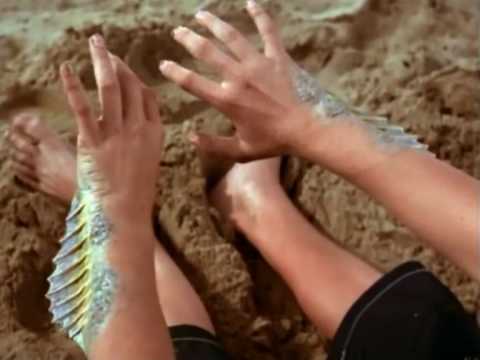 Miranda is a 1948 British comedy film, directed by Ken Annakin and written by Peter Blackmore. The film is a gentle comedy about a playful mermaid and her effect on Dr. Paul Martin.

Synopsis: Miranda is a  sweet comedy about a very flirty mermaid Miranda played by the gorgeous Glynis Johns.

When Dr. Paul Martin, a married man, goes on a fishing trip, he catches a mermaid – but then it all goes horribly wrong when Miranda – the mermaid – takes him hostage! In order to be released, Dr Martin agrees to take Miranda to London with him, much to his wife’s annoyance. However, to London they all go, and what ensues is classic comedy. 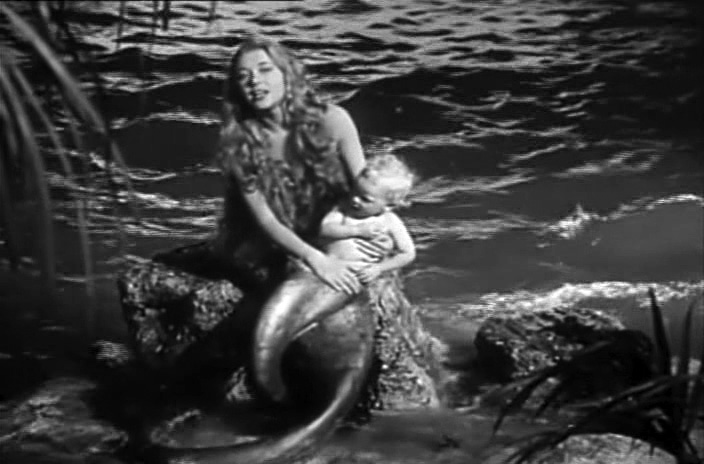 Mermaids is a 2003 television film directed by Ian Barry with the three mermaid sisters played by Serah D’Laine, Nikita Ager and Australian model Erika Heynatz. The film was also released in a number of other countries such as Greece, Portugal, Spain, Brazil, Finland, France and Argentina where it is known by different titles.

As with many mermaid films, this film attributes some of the mythical abilities and traits of  Hans Christian Andersen’s The Little Mermaid to it’s own mythology. For example, in this film merpeople live for hundreds of years, but do not have an immortal soul. Also, if a human loves a merperson, they will share half of their soul.

Synopsis: This is the story of three mermaid sisters who set out to solve the mystery of their father’s death and  seek justice. However, this can only be done on land.

The main figure, Diana, is the merman’s eldest daughter and although she hates humans she ventures onto land for the first time to seek out her sisters: Venus and June, to help her find her fathers killer and get justice for his death. 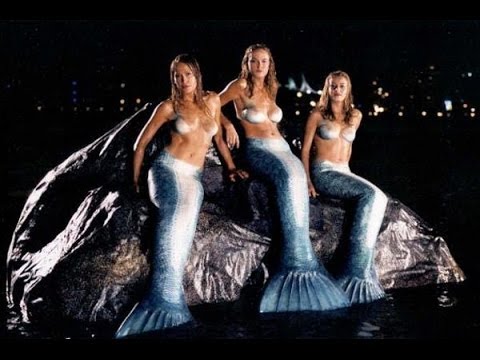 Aquamarine is a 2006 Australian-American teen comedy film starring Sara Paxton, Joanna “JoJo” Levesque and Emma Roberts and directed by Elizabeth Allen. The film was actually made in both the US and Australia (but filming took place in Queensland, Australia.

The film received a mixed reception, but the general consensus was that it is “A lighthearted, gum-smacking, boy-crazy film with a hopeful message for young girls.”

Synopsis: Pop star Jojo plays a mermaid that two teen girls find in the swimming pool of their local beach club, but when she falls for the cute boy who runs the food bar, she tries to get their help in getting a date with him. Based on the novel by Alice Hoffman. 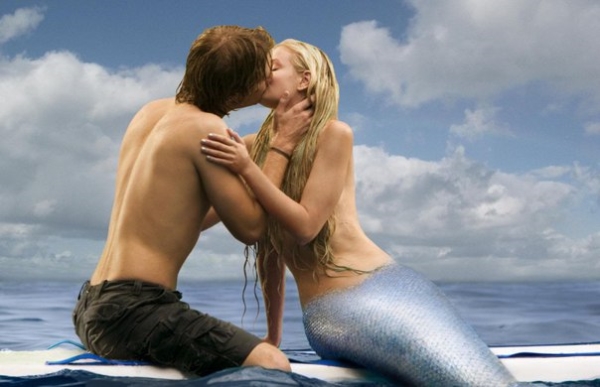 The film tells the story of a playboy businessman who falls in love with a mermaid who was sent to assassinate him.

The Mermaid was filmed  in three locations in Shenzhen, Guangzhou and Dongguan, and then later in Beijing with the budget of a whopping US$60.72 million! It was released in China on 8 February 2016 and broke numerous box office records.  On 19 February, it became the highest-grossing Chinese film of all time with box office takings of an eye-watering US$553.8 million!

Synopsis: The story revolves around a few survivors who live in an abandoned shipwreck in the gulf, and want to assassinate Xuan because his real estate project which involved reclamation of the sea is threatening the livelihood of the residents who relied on the sea to make a living.

The merfolk send a beautiful mermaid to “honeytrap”  Xuan. However, the mermaid and Xuan fall in love with each other. Due to his love, Xuan changes his mind about the real estate project, but does this mean Xuan and his beautiful mermaid can be together? 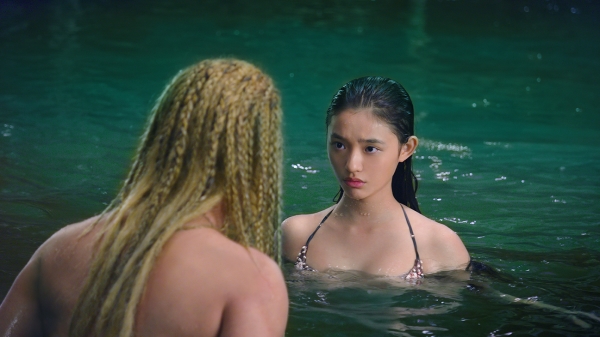 The Lure is a 2015 Polish horror musical film directed by Agnieszka Smoczyńska. It premiered in Poland on 25 December 2015. The film also appeared at the 2016 Sundance Film Festival, where it won the Special Jury Award for Unique Vision and Design. It also won  the Best Film award in Fantasporto 2016 festival.

Rubina Ramji, film editor and reviewer for the Journal of Religion and Film, describing the film as a “rock opera, a horror movie and fairytale story about mermaids all rolled up into one” and the film had a mixed reception from the general public.

However, in 2016 Janus Films acquired the rights to distribute The Lure in North America and there will be a limited release beginning on February 1, 2017.

Synopsis: Some time in the 1980s, two mermaids, Golden and Silver, encounter a rock band relaxing and playing music on a beach in Poland. They accompany the band back to the nightclub where they regularly perform and begin playing gigs there, performing as strippers and backup singers. Their audiences are entranced by their singing and on-stage transformation. Silver falls in love with the guitarist Mietek, while Golden hungers for human prey. 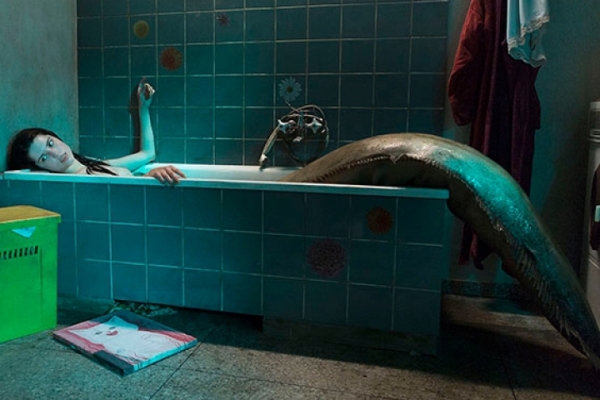 The film was the very first film to be released by the Walt Disney Studios’ Touchstone Pictures label, designed to release films targeted at adult audiences, with mature content not appropriate for the studio’s flagship Walt Disney Pictures banner. The film was nominated for an Academy Award for Best Original Screenplay.

Darryl Hannah’s mermaid tail, which was fully functional, was designed and created by Robert Short – an Academy Award-winning visual effects artist. It is reported that Hannah swam with the mermaid tail so fast that her safety team could not keep pace with her. According to the DVD documentary, Hannah had been swimming “mermaid” style with her legs bound together since she was a child, due to her fascination with Hans Christian Andersen’s “The Little Mermaid” story.

The film was a huge financial success. It was produced on an US$8 million budget, with box office sales topping a staggering $69,821,334!

Synopsis: Alan Bauer nearly drowned as a child but has memories of being saved by a young mermaid. Now grown up, he manages his family’s fruit and vegetable business and continues his search to find true love despite having to deal with his womanising older brother Freddie. When  Alan is jilted as an adult and loses his wallet in the surf, the same young mermaid tries to return it. She believes they were always meant to be together, but  is worried that Alan will reject her once he knows she is a mermaid. 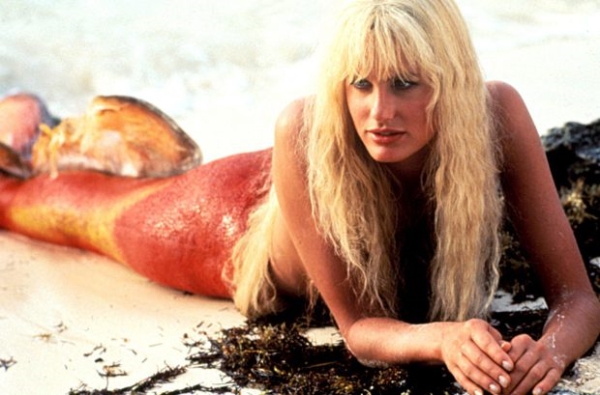 It is reported that more money and resources were dedicated to the making of this film than any other Disney animated film and underwater setting required the most special effects animation since Disney’s 1940 hit Fantasia. The Little Mermaid was also the last Disney feature film to use the traditional hand-painted animation

The film won two Academy Awards for Best Original Score as well as Best Song for Alan Menken and Howard Ashman’s “Under the Sea” and was a huge success. The budget for The Little Mermaid was $40 million and box offices sales alone exceeded $211.3 million!

Synopsis: Ariel, a sixteen-year-old mermaid princess, is fascinated with the human world, despite her father’s stern warnings about the dangers. Ariel secretly collects human artifacts and often goes to the surface of the ocean to visit Scuttle the seagull, who offers very inaccurate information about humans. Despite her fathers repeated warnings, Ariel is obsessed with being part of the human world.

One night, Ariel, Flounder and  Sebastian watch a celebration for the birthday of Prince Eric, with whom Ariel falls in love. A sudden storm hits and the Prince is saved by Ariel, who drags him to the beach, after which Eric vows to find her again.

Ariel makes a deal with a sea witch in an effort to be with the Prince and has just three days to win his love. 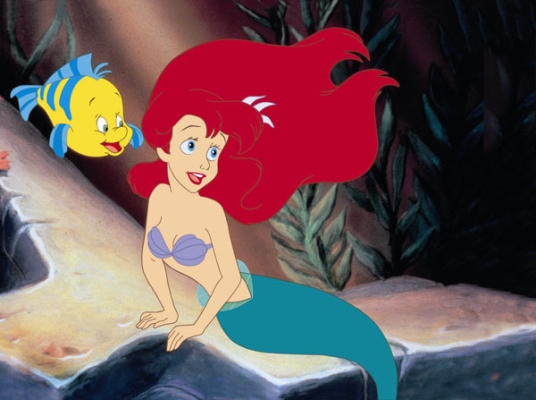 Did we miss your favourite? What other films would you add?

Want to have freediving/mermaid news delivered straight to you?