In December 2016, Elena, Jana, Katherine, Nic and Emma jetted off to the Red Sea for a week of freediving and yoga aboard the Whirlwind boat. 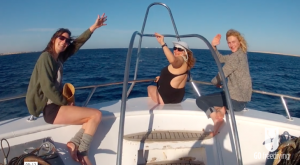 The Whirlwind is a purpose built diving boat, part of the Tornado Marine Fleet and perfect for exploring the northern red sea for a week. Each day started with yoga on the top deck as the sun rose, then there was freediving, good food and the odd nap during the day, and then yoga nidra (yogic sleep) under the stars at night.

Freediving in the Red Sea is idyllic. Warm, clear water, an abundance of marine life, playful dolphins, and some of the most famous wrecks in the world.

In the below two screenshots from Nic’s film, you can see her freediving ‘The Barge’, half way between Hurghada and the Sinai peninsula. It’s an amazing wreck, nice and shallow and with an abundance of marine life, including ‘George’, one of the largest Moray eels in the world (apparently)! 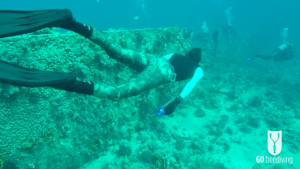 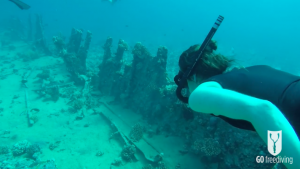 And in this shot you can see Nic and Jana ascending together from the bowels of the Thistlegorm wreck. The Thistlegorm, sunk in World War 2 is one of the most famous wrecks in the world, and perfect for freediving in the Red Sea as most of it is at easily accessible depths. 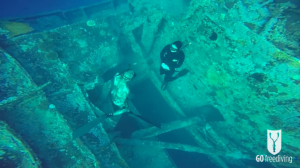 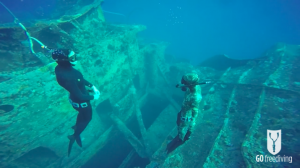 Head honcho at Go Freediving, Emma Farrell, took so much footage of the ladies on the trip that we’ve made them each their own individual film, which showcases for you some of the highlights of freediving in the Red Sea.

Freediving in the Red Sea with Nic Wood

Nic Wood is an accomplished advanced freediver with Go Freediving and also a spearfisher. In the Red Sea, as well as freediving, she used her stealth and shooting skills in a different way to take amazing pictures of all the creatures she found underwater. 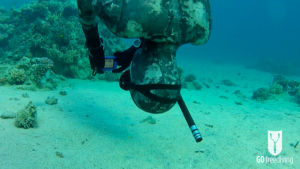 One of my favourite moments from her film is this, when she controlled her position above the sand perfectly to take the best shot!

And then there are sequences like this one, when she dived under the captain’s cabin on the thistlegorm. 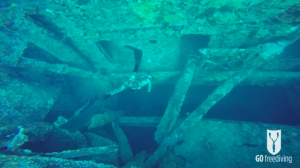 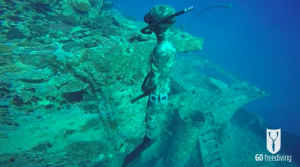 Freediving in the Red Sea with Jana Middleton

Jana is over nine feet tall with her fins on, and supremely graceful and elegant under the water. Some of my favourite moments from her film are as she effortlessly glides over the Thistlegorm wreck, where the force of the explosion that sunk the ship turned the deck upside down. 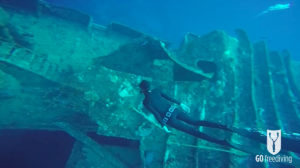 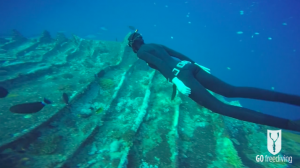 Freediving in the Red Sea with Katherine Wood

As well as freediving incredible wrecks in the Red Sea, we also trained on the lines for technique and depth and here you can see just how clear the water is as Katherine descends. 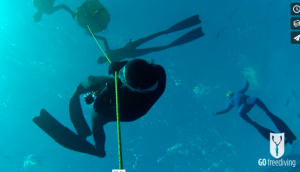 We also got to dive what is known as the ‘BBC Pinnacle’, a small coral outcrop which was used extensively by the natural history unit when filming The Blue Planet. You can see just how much marine life was there as Katherine is outnumbered by all the fish… 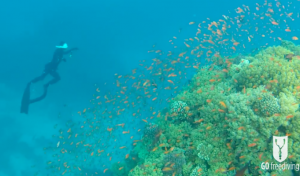 Freediving in the Red Sea with Elena Brebner


And last, but not least is Elena, who loves freediving in the Red Sea with us so much, she comes on almost all our trips! We’ve managed to see dolphins on every trip and this holiday was no exception. 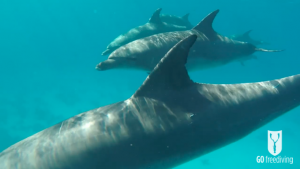 And here Katherine and Elena are, recreating The Big Blue! 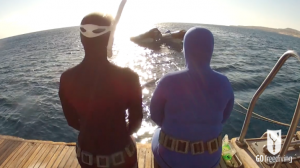 Learn to freedive in the Red Sea like the ladies above! 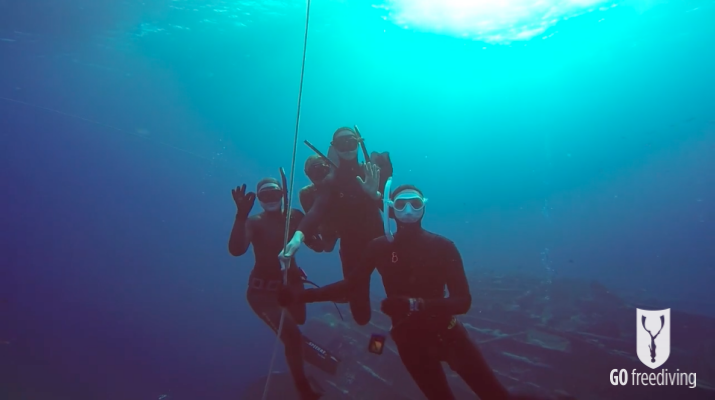 Come on our next freediving holiday in the Red Sea!