Freediving film Free Fall was directed by Guillaume Néry and Julie Gautier and produced by Bluenery. The film itself was shot over seven years ago but is still considered to be the gold standard of film making  for freediving.

It may be surprising then, to learn that the film (the first for Néry and Gautier) was not the product of careful planning, location hunting, expensive equipment and film crews. Instead it was little more than a holiday film that rightly attracted phenomenal success – and a discovery of  a love of film making for the couple.

Of the freediving film Free Fall, Gautier says “This was my very first experience with a video camera. This came as a revelation of my filming skills and love at first sight for photo and films.”

The location for the freediving film Free Fall was Dean’s Blue Hole in the Bahamas. Situated just off Long Island Dean’s Blue Hole was at the time claimed to be world’s deepest hole. This title is now held by Hranická propast in the Czech republic, though the deepest known marine blue hole is Dragon Hole.

There was never any doubt this film, if successful was going to be something special. From the moment Néry stands confidently at the edge before plunging into free fall, the film and accompanying music draws you down with him, until he reaches the bottom and powerfully absorbs the moment, before his ascent. 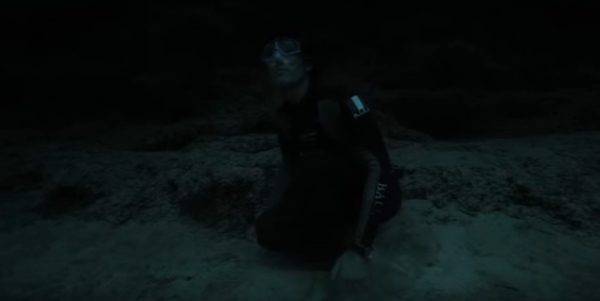 As he climbs and rises, so does the tension… until he emerges from the hole and reaches the surface once more. 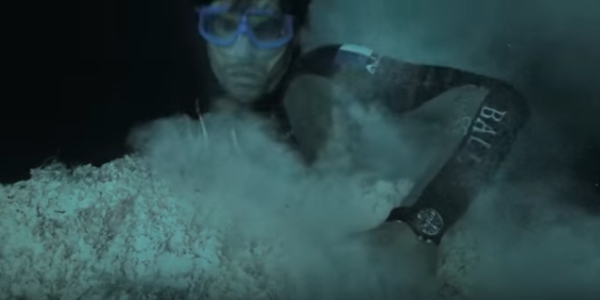 Gautier shot the freediving film Free Fall while also freediving. This was a new concept for cinematic film making. Her freedom of movement around Néry definitely makes the film all the better for it.

If you haven’t seen the film yet, or just want another chance to see it in all it’s glory, here it is!