Even though Carl Atkinson is on the British Team, he’s only ever done one freediving competition before. A competition where things went very wrong as well as right.

Never having trained for free immersion, the first dive of the competition ended in his first real black-out and a steep learning curve.

Emma Farrell:
Tell me about your freediving competition experience.

Carl Atkinson:
I have actually only done one freediving competition so far. I did triple depth in Egypt. It’s been quite funny in a way because I’m trying to do my freediving life and career at the same time. I have been going out to Egypt, training and then come back to England, working full time amongst various other things.

I knew that I wanted to do a freediving competition just to see what it was like. A huge part was meeting the people over there but also partly I was like, I wouldn’t mind getting my name on a piece of something somewhere, because one thing I had noticed when I was going to Egypt, the second time I went out there I did 75 meters and most of the divers there were like, I’ve never heard of you before, but it was only the second time I had come out here. I haven’t really trained much out of England. So I was like, okay, if I do a freediving competition I can meet the people, get down on a list published somewhere and things like that. That was my first one. That was October 2015.

Emma Farrell:
What was your first freediving competition like? 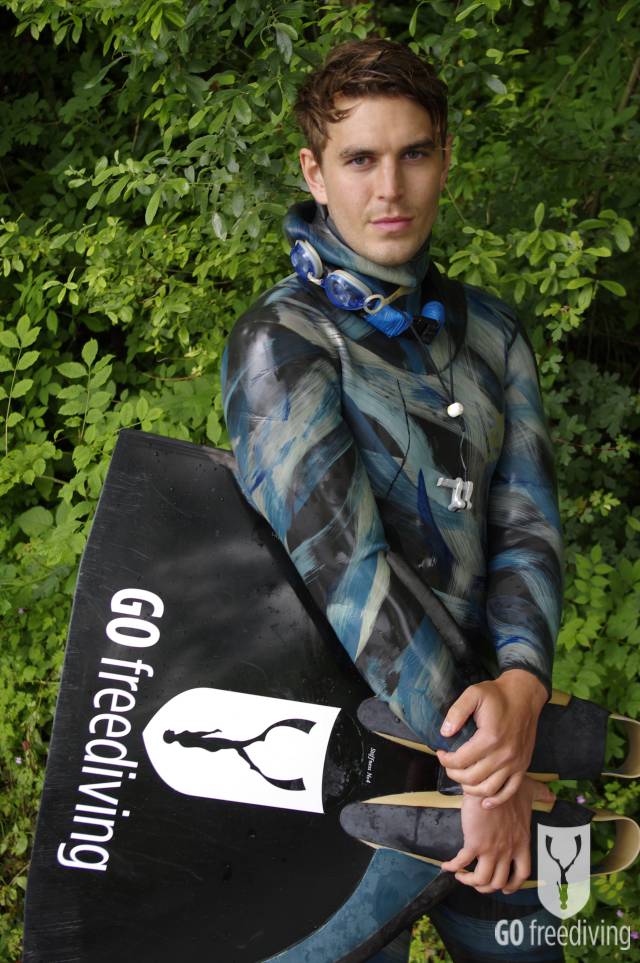 It was a mixture of exciting and incredibly freaky and a bit of a complete failure on the first day, but then a complete learning curve in response to that. The first day was free immersion, which I never train in. I’m a constant weight diver, I love the monofin. I love depth too, so the combination of the two just absolutely hits home for me. Even though I do love every element and discipline in freediving, that’s the one I’ve concentrated on.

Suddenly the first day it’s free immersion. I asked for 60 meters. You put in your depth you want to do the day before. I knew the depth was fine. I guess the bits I hadn’t gone through were ironing out my regulation of speed and things like that going down. What my dive time should be and I think I put in for a 2.5-minute dive and it shouldn’t have taken any longer than that really.

I knew I had my depth alarms for my mouthfill, and things like that. I normally close my eyes, but I hadn’t gone through the process of knowing that this worked, this didn’t, all that sort of stuff. I kind of went there on the day started pulling down on this line. This is the first time I’d ever experienced an official top as well as a freediving competition. Oh God, I can’t just dive when I want, I’ve got this window to dive in.

As I’m thinking that the depth alarm goes off. Instantly I was like, oh my God, I have gone so slowly. I’m only like 22 meters down and I’m well into my dive. Suffice to say, I got to the bottom, got the tag, made the turn, pulled up and I could tell this is going to be hard.

The dive came to well over three minutes and I had a very small blackout and missed my surface protocol basically. It was quite an interesting experience. I’d never really had a blackout like that before. Again a learning curve. I obviously blacked out. Didn’t really have any recollection. Came up. Did my surface protocol all nice and neatly and then realized I had two safeties guys who were holding me and my neck weight was off my neck. I am there going, I’m okay. And then someone goes, you are now…

Emma Farrell:
Have you blacked out before then?

Carl Atkinson:
Maybe once doing a static, that was about it. And even that was more of a, my eyes sort of fuzzed out, but it wasn’t a full black out. This one was although very short, it was much more of a—I went black and then came back to it. Although it was only maybe three seconds, it was a blackout. So no, hardly any experience. The most thing I can liken it to is when you stand up too quick and your eyes fuzz out, but it’s to another level. You go away and come back again.

That was a big learning curve. I was like, okay, I’ve red carded on this day. I am not, therefore, going to be doing all three disciplines and looking at my overall points. I was like, let’s go back to what I know, let’s do constant weight, let’s get some points on the card for that. I know I can do these dives. Let’s not go for any PBs. Let’s go conservative. I’ve done 75 meters, I know I can do 70meter dive happily. And then that’s what I did the second day.

I came to that second day of the freediving competition much more prepared. I had eaten better the day before. I had slept better as well. Almost wasn’t nervous by this time because I had already messed up, but this is fine. Let’s just do what’s comfortable. Came to that next day considerably better and did a really nice clean dive. Perfect surface protocol. 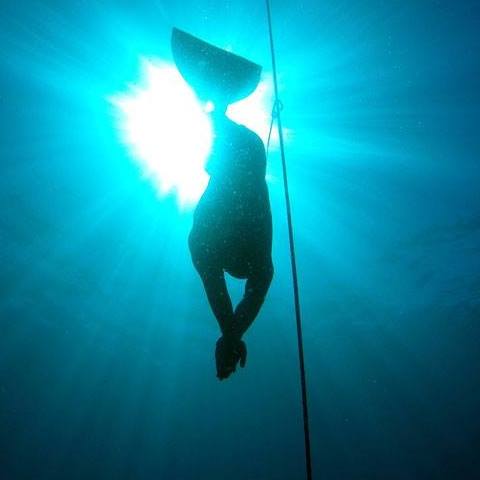 Emma Farrell:
How long was the dive?

Carl Atkinson:
I think it was 2 minutes 20 seconds, which is pretty standard for me on that dive. I was happy with it. By this time I’d got a grasp of the rules again because a freediving competition has so many things in it. You’ve got this official top. You’ve got this point where you’ve got a time schedule. You are not allowed in the water before this time. They’ll disqualify you if I get in the water too early. And then you go to your warm up line. You’ve got this many minutes to do your warm ups. Whatever warm ups you need in that time.

All of this extra going through your head as if your mouthful and equalization, freefall and all of this isn’t enough. You’ve got all these little rules in your head, which are all new to me. I haven’t got them to a point of second nature at that time. They are all coming in, but certainly, by the end of this competition, I was feeling much more in a comfortable zone.

After that first day, that was like my dress rehearsal. Let’s do some proper performances now. It’s a huge learning curve and I’m very pleased I did it, and it’s also great to meet the people and getting advice from them, having an actual coach there on a dive helping you count down and things like that. Really learning up what breathe ups, for example, work for me. I’ve got an absolutely breathe up must now, my own process of it which I have to do. I have to have a noodle behind my head, I’m lost without it. 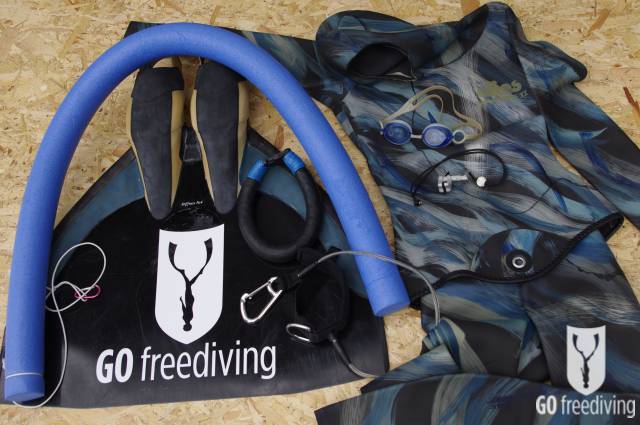 Coming up in the next article… How Carl mentally and physically prepares for a deep constant weight dive.

Read part 1 here: How Carl Atkinson got into freediving and how Taekwondo helped

Want to read more about Carl Atkinson at a freediving competition?