Most freedivers I know would give anything to go deeper and at a faster rate, and there are modern techniques and always-improving equipment that certainly go a long way to achieving those goals. But what if we, as human beings, could change our bodies, or adapt naturally so that our dives were of a higher speed and to greater depths than ever before? And without any equipment? Sounds outlandish, right?  Well let me introduce you to the Sea Nomads. 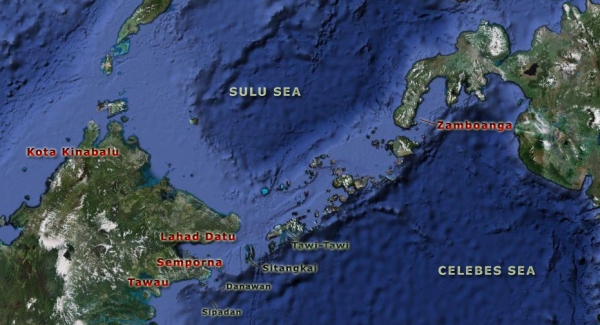 The Coral Triangle – a vast tranche of sea areas in Southeast Asia – runs east from Malaysia and takes in Indonesia, Papua New Guinea and the Philippines, and is considered to be one of the richest marine waters in the world, with a hugely impressive array of sea life and biodiversity. And within these waters, the Bajau Laut people – the Sea Nomads I mentioned – live their lives. Malay in origin, legend has it that centuries ago a Malaysian princess was washed away into the sea and her father ordered the Bajau Laut to take to the water to find her. When they failed to locate the king’s daughter they elected to stay at sea rather than face his wrath, and have been living there ever since. 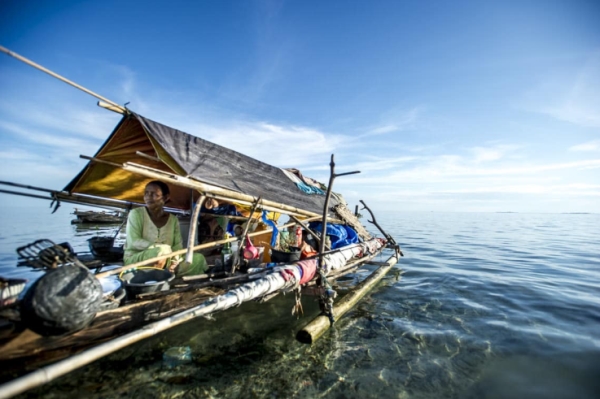 Today, these ‘Sea Nomads’ travel the powder blue waters and mangrove forests of the region in their homes, which are five metre long, two metre wide houseboats called lepa lepa. Most Bajau Laut were born at sea, and many only ever visit land to trade fish, pearls and sea cucumbers for items they can use on board to sustain their very simple lifestyles, although in the last few decades there has been a forced return to dry land and more traditional homes for a lot of the people. For those who remain at sea, however, to catch fish they use nets or if diving they fashion spears out of metal poles, timber and tyre rubber, while rudimentary goggles are hand-carved out of wood with shaped glass for lenses – their existence is modest, to say the least.

And yet they continue to dive the deepest, the fastest, and can stay underwater for mind-boggling lengths of time – and it has nothing to do with cutting-edge equipment or specialist techniques.

The Sea Nomads are renowned for their freediving skills – they are known to spend around sixty percent of their working lives beneath the surface of the ocean – but they have been acquired and adapted over the centuries. And the cost to acquire them can often be quite high: at a very young age they perforate their own eardrums, meaning little or no inner ear pain during fast descents and no need to equalise; a large amount of older Bajaus are deaf, or suffer from hearing difficulties, as a result. 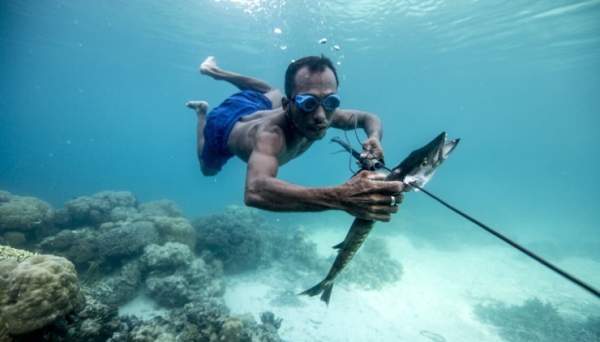 How Sea Nomads Have Evolved

But what is fascinating is the physiological differences between the Sea Nomads and freedivers like you or I. Over more than a thousand years freediving to survive, their bodies have changed and evolved. Whereas most humans have a limited response to immersion in cold water – known as the mammalian dive reflex – the Sea Nomads’ bodies have retained and improved the physiological adaptations caused by the reflex so that they can stay submerged and deal with the effects of being underwater far better than the rest of us.

For example, during a dive most humans’ spleens contract to force red blood cells around the body into already circulating blood, which means oxygen capacity is increased in order to hold your breath underwater. Tests have shown that the Sea Nomads’ spleens are almost twice the size of a normal human spleen, so they can store more haemoglobin-rich blood that can be rushed into the bloodstream, thereby allowing them to stay submerged for far longer.

Another genetic improvement in the Bajau people has occurred in the control of levels of the T4 hormone that is found in the thyroid gland – T4 increases metabolic rate in order to counter low levels of oxygen in the body. They also have a gene mutation that prevents their blood becoming swamped with carbon dioxide, and a third change that means blood is forced at a faster rate from non-essential limbs and organs so that the most important – the heart, brain and lungs – get what they need.

These physiological changes demonstrate how, over the centuries, the Bajau Laut have evolved in order to make the most out of their environment – they can now dive to greater depths and for longer periods of time. The statistics back this up: in August 2013 during a diving competition held for the Bajau people, one diver reached a massive seventy-nine metres (259 feet), while another managed to stay submerged at depth for three minutes and one second. 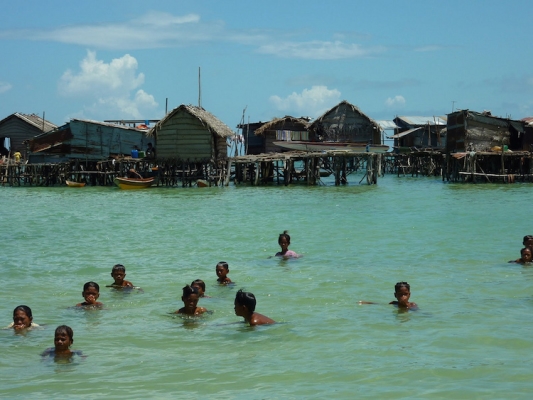 All is not well for the Bajau Laut though, and modern life, as ever, is having an impact on their existence. The ever-hungry market for fish, especially rare species and delicacies such as the Napoleon wrasse and reef grouper, has meant that modern fishing techniques are increasingly being used – dynamite and potassium cyanide are more prevalent than ever, and have quickly spread across the entire Coral Triangle. The damage to the habitats fished by the Bajau Laut is huge – and their future increasingly uncertain.

Whether you’re freediving in November or any other time of year, a beginner dipping your toes into the world of freediving, a seasoned pro looking to turn professional, or simply a freediver of any level who wants the best freediving holiday in the world, we’re here for you!