Earlier this year we reached out and asked club members, students and freedivers to get in touch if they used freediving in the course of their work. We have taught professional athletes, camera operators, photographers, instructors, stunt workers, mermaids, researchers,  marine conservation, rescue divers and so much more so we knew we would hear from a broad range of occupations! 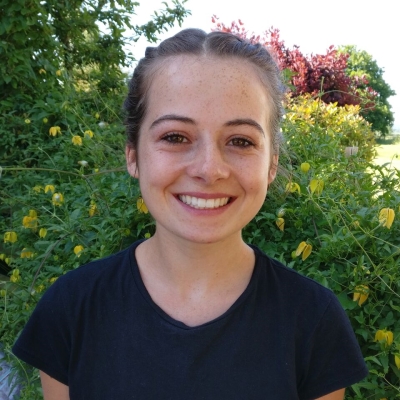 In this article we speak to Anna Harrison. You may or may not remember Anna, but she attended one of our RAID freediver courses in June 2018 (You can see her in action, here). Anna is no stranger to diving, having scuba dived since she was 15 years old.

During her course, Anna told us about her role as a  marine biologist and how she believes learning to freedive will help her marine conservation efforts.

As a marine biologist it helps me to get closer to nature without causing too much of a disruption.

We have spoken to Anna a few times since the course and what a phenomenal woman she is!

Anna has been studying Biology and Marine Biology at Southampton University , but also has a career in marine engineering. She is also competing as Dive Officer in the International Submarine Races in Washington DC this year representing SUHPS (Southampton University Human Powered Submarine)  (we are hoping to follow her during these races). She is also Vice President of the IMarEST student sector and has recently finished an internship with Project AWARE

It is clear Anna is passionate about marine conservation, but what led her to become interested in it as a career?

Pinpointing exactly what lead me to become interested in conservation is impossible. In fact, I don’t think any aspiring conservationist or marine biologist could sum it up so easily. Every one of us, as human beings, are born
with a natural curiosity for the world around us and of course this comes with an intrinsic desire to love and protect it.

You’d be surprised at the number of people who hear what I study and respond with something along the lines of, “I’ve always wanted to that”, or “I wish I’d done marine biology too”. It’s just a shame that so few of us are lucky to hold on to this fascination and turn it into so much more than an interest.

I’m currently studying for a Masters of Science in Biology and Marine Biology, but above all I am a conservationist, as is every one of my course mates who truly understands what it means to pursue the field. Marine biology is conservation. Diving; scuba, freediving, experiencing the underwater world without leaving a trace – that’s conservation, and there was never an option for me not to follow it.

How did Anna get reach the point she is at today?

I started my path into conservation through scuba diving, and gradually applied this familiarity with the underwater world to exploring different means, through the marine sciences, engineering and ecotourism.

I truly believe that there’s no way we can expect others to care so deeply about something, enough to strive for its protection, without witnessing it first-hand, and my fascination with marine biology today is a testament to this.

I learnt to dive in the UK and later moved to the south coast to study, but I found the most inspiration in experiencing the diversity of marine life through temporary positions worldwide. These included surveying the health of corals in the lesser Antilles of the Caribbean and, most recently, interning in the research of Great White Sharks on board a cage-diving and whale-watching boat in South Africa.

Of course, expeditions such as these come at a price and to self-fund each of them meant that holding multiple part-time jobs, particularly the joy of retail work, was necessary between trips. This is where I spend part of my time back in the UK, between exploring the conservation world closer to home. I am particularly interested in the applications of innovative engineering to the marine world, and this has led me to work with the Institution of Marine Engineering, Science and Technology (IMarEST) in Southampton and compete internationally in the bizarre sport of human-powered submarine racing.

Still, my heart is always in conservation. I am currently working on an exciting project, encouraging others
to kick start their own journeys in the same way I did – by getting out into the field and volunteering their time into experiencing the ocean, far abroad or right on their doorstep.

To suit up, jump in, and get inspired by marine life.

What does marine conservation mean to Anna?

As a studying marine biologist, ocean conservation plays a central role in my career and everyday life.

I am fortunate enough to learn about the beauty beneath the waves every day from experienced lecturers and researchers at the National Oceanography Centre, Southampton. However, this isn’t enough to protect the
world’s marine species from its greatest threats.

The 2015 Living Planet Index (LPI) showed a 49% decline in marine species due to issues such as climate change,
exploitation and plastic pollution. Now 4 years on from this estimate, marine biodiversity is still rapidly deteriorating. It is no longer possible to rely on marine biologists alone to reverse the damage, so it is critical to rally as much support from the general public as possible and, in an age of social media, this is easier than ever.

As the most-watched TV programme of 2017 with over 14 million viewers, Blue Planet II had an unprecedented impact on the public in starting the conversation on marine conservation and proved exactly how much we, as a nation, care about the oceans.

But it’s not just the big guys that have a platform for change. Free divers everywhere are showcasing the beautiful complexity of the underwater world as the sport’s grace and tranquillity attracts hundreds of thousands of followers on Instagram. This, in my opinion, is our most powerful tool in the future protection of marine species.

But it doesn’t stop their for conservation freediving. Since I started my journey into marine biology and free diving, I have seen its skills put to use in large-scale conservation operations across the globe. Most recently, I had the opportunity to work as part of a small research team within an ecotourism company based in South Africa’s Western Cape.

As an Intern of the Marine Dynamics Academy, the majority of my working week involved the tagging and data collection of small sharks, not only installing in me an immense love for South Africa’s stunning waters, but supporting vital research into the conservation of vulnerable shark species. 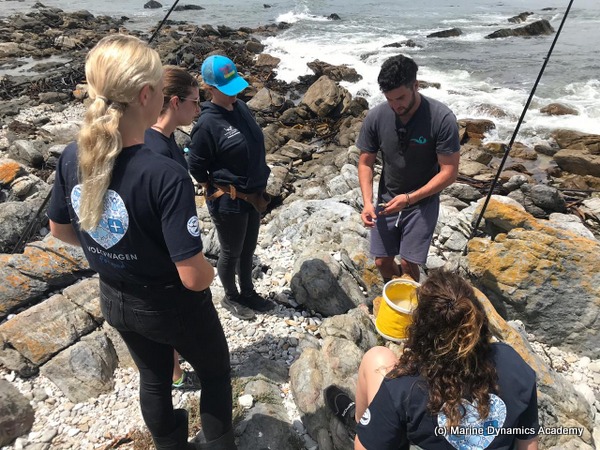 The academy prides itself on handling small sharks with as little stress induced on the animal as possible, so a combination of fishing and freediving techniques are used to sample harmless shark species.

“Freediving enables us to reach and sample areas that may not be suitable for fishing, i.e. deeper water or dense kelp forests. During the sampling process, sharks are caught by hand and handled in an effective and efficient manner. Data are collected from the specimen and if applicable a tag deployed by a shore team, with the shark being released by this team with minimal time out of water.” 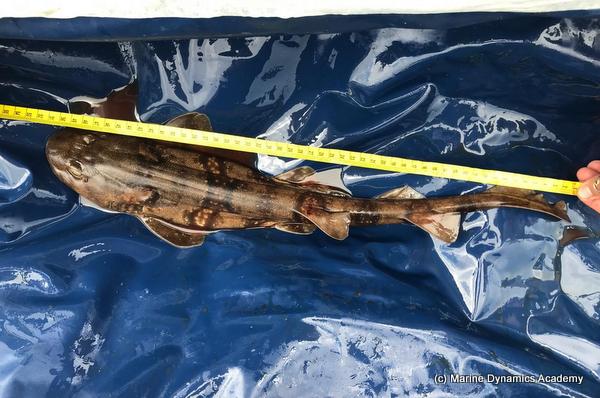 A few years prior to this, I volunteered with a coral surveying organisation in the lesser Antilles of the Caribbean. Here, I met a number of scuba and freedivers who I am still friends with and continue to work with today, including Jerry and Amy, now co-founders of the marine conservation initiative, seafans.net.

In discussing the importance of freediving in shallow-water projects such as coral conservation, Jerry added that

“For communities who cannot afford scuba equipment, freediving is an excellent medium for bringing people together for education and conservation activities”.

This sentiment is echoed by many other divers applying their skills as a resource for conservation efforts, including Tara Abrina, 2015 Free Immersion record breaking freediver and founder of Philippines-based coral restoration organisation, Kapid Sisid.

Literally translated as “to dive together”, Kapid Sisid prides itself on being an experienced team of free divers, marine biologists and documenters teaching local residents and fishermen about the marine environment with basic freediving training, all in the name of conservation.

At present, around 27% of global coral reefs have been degraded by overfishing, pollution and other natural and human impacts. By providing the public with the ability to connect with these stunning ecosystem through freediving, both the cost and risk of disturbance associated with their protection (compared to untrained and scuba divers) will decrease and, more importantly, personal connections are formed with the underwater environment in the safest and most natural way.

Finally, though I don’t have any experience with it myself, freediving is being used for new and exciting research into the complex language of ecolocation, used by whales and dolphins to communicate with one another.

The non-profit research programme, DAREWIN is made up of freedivers and audio engineers, and have recorded over 100 hours of “coda clicks” to help unpiece this mystery language.

Other conservation freedivers Anna admires include:

Hanli Prinsloo  Founder of the I AM WATER foundation, focusing on low-income coastal communities.

Thank you to Anna for sharing her insight into Marine Conservation and showing how widespread freediving is used to protect our oceans and marine life. We hope to catch up with her again soon!

If you want to find out what happens on a freediving course – whether you’re a beginner dipping your toes into the world of freediving, a seasoned pro looking to turn professional, or simply a freediver of any level who wants the best freediving holiday in the world, we’re here for you!

And check out You Tube!